Greg Baxter will be the guest speaker on the evening.

We look forward to welcoming you all!

When I was sent by the Soviet state to London to further my studies in calculus, knowing I would never become a great mathematician, I strayed instead into the foothills of anthropology …

Nikolai Lobachevsky, mathematician, surveyor and great-grandson of his illustrious namesake, arrives in Ireland to lend his expertise to the new Republic, helping Bord na Móna to survey a bog in the Midlands. While the laws of geometry remain unchanged, 1950s Ireland proves more difficult to encompass.

Summoned by a telegram back to Leningrad for a ‘special appointment’, Lobachevsky goes into hiding on a small island in the Shannon Estuary. There he is pulled into a small community as he navigates new forms of love, confronting the prospect of his death while he dreams of returning home.

As the destinies of Ireland and Russia converge, a drama is played out while the pitiless quandary of the individual becomes part of history’s unfolding.

Following Duncan’s critically acclaimed Love Notes from a German Building Site (2019), A Sabbatical in Leipzig (2020) and Midfield Dynamo(2021), Duncan’s themes of emigration, displacement and work connect Ireland with the world stage. Colm Tóibín said of Love Notes: ‘Written in spare, exact prose … Duncan writes beautifully about cold weather, gruff manners, systems of hierarchy … A portrait of work [and] a picture of a sensibility’.

Adrian Duncan is an Irish artist and writer from Longford who originally trained as a structural engineer and now lives in Berlin. His work has been shortlisted for the Kerry Group Irish Novel of the Year Award 2021, shortlisted for the Dalkey Emerging Writer Award 2020, longlisted for the 2021 Edge Hill Prize and he won the John McGahern Book Prize in 2020.

Praise for The Geometer Lobachevsky

‘One of the most important, original, and intriguing writers working now. This book is starkly moving, beautiful, sensual, and the way he writes landscape is so phenomenologically precise it makes every writer I know wish they could write like him.’ Niamh Campbell, author of We Were Young and This Happy

‘Adrian Duncan writes with emotional accuracy and what seems like effortless precision about work and exile, about buildings and cities. To his narratives, he brings a mixture of the exact and the visionary. He is a writer who has come to recreate the world on his own terms.’ Colm Tóibín, author of The Magician

‘The Geometer Lobachevsky will haunt you, move you, and persuade you that you are in the presence of a real artist.’ Kevin Power, author of White City

‘Adrian Duncan has a sensibility and a course of investigation utterly his own, and The Geometer Lobachevsky is his best novel yet: a darkly ruminative tale of exile and endeavour, under whose surface move the tectonic plates of the twentieth century.’ Rob Doyle, author of Autobibiliography and Threshold

‘By turns comic and tragic, and enthralling in its imaginative reach, Duncan’s layered narrative offers riches on every page.’ Jo Lloyd, author of The Earth, Thy Great Exchequer, Ready Lies and winner of the BBC Short Story Prize

‘In crackling prose that is somehow precise, mathematical, and exuberant all at once, Duncan captures the poetry of mapmaking and the richness of small lives. This ode to infrastructure is a luminous achievement.’ Cóilín Parsons, author of The Ordnance Survey and Modern Irish Literature

Please direct any queries to publicity@lilliputpress.ie. 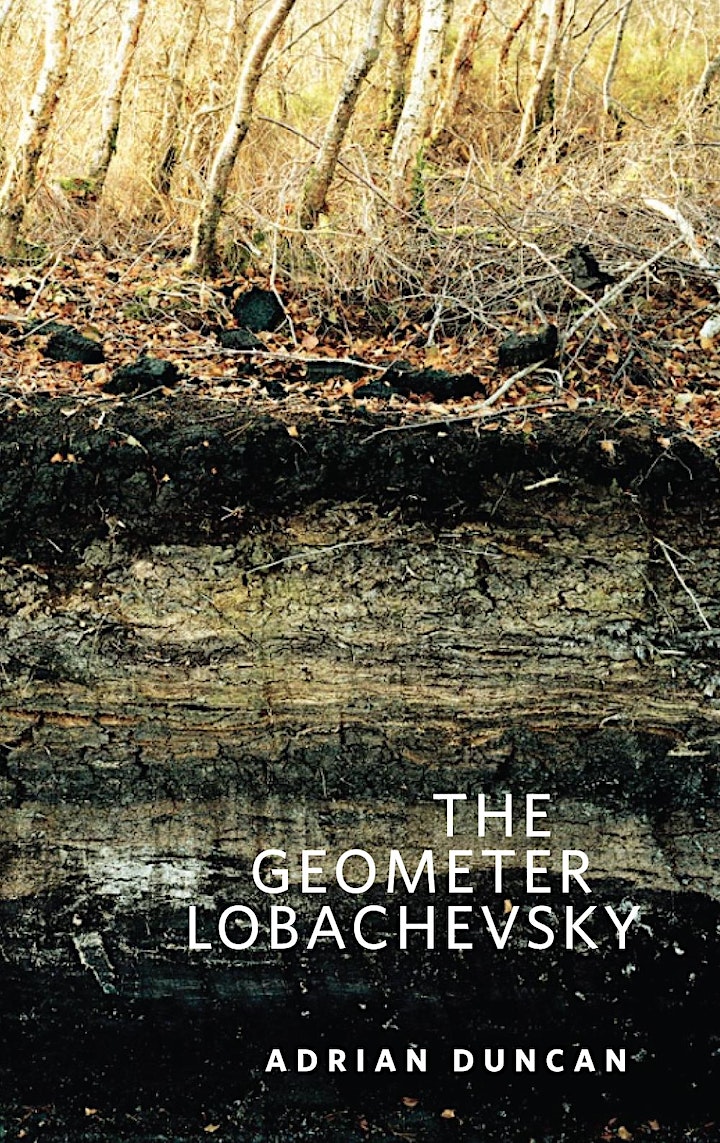